Rodents LOVE Winter! - but can also be around in summer!!

Rodents are common winter pests as they make determined efforts to look for a warmer place to nest over the colder times - especially in homes.

Keep an eye out, as there can be several signs of their presence around the home or office.

Most common signs are droppings, dirty rub marks and an unpleasant smell, and some teeth marks.

If you have found one of these signs it’s time for you to learn more about how to deal with rodent problems.

Through discovering more about rats and mice like their weakness or strength, you can eradicate their population - or of course, just give us call! Know your enemies and you will win the battle before it even begins. 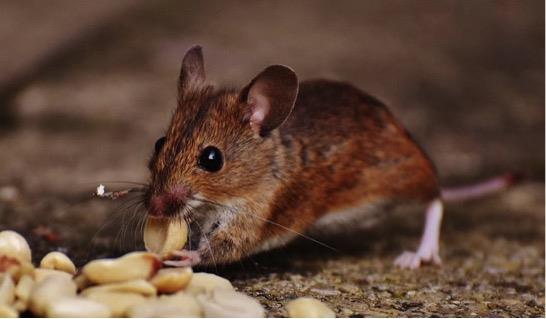 Here’s some weird and wonderful facts about these furry little nuggets that will help you generate ideas on how to keep them out this winter.

1. Their teeth never stop growing! One of the defining characteristics of a rodent is a set of teeth that continuously grow over their lifetime. Rodents always need something to gnaw on to keep their incisors trimmed, so that’s why they can cause so much damage.

2. A rat’s teeth and jaws can gnaw through substances as hard as lead sheetingand besser block.

3. The fear of mice and rats is scientifically called “musophobia,”from the Latin word “mus,” meaning “mouse.” It is also known as “murophobia,” from the word “murine.” This word comes from “Muridae,” the scientific term for the family of animals that includes mice and rats.

4. Mice and rats can spread at least 35 diseases to humans. These diseases include salmonellosis, hantavirus, and rat-bite fever.  The infections may be spread through droppings, urine, saliva, rodent bites, or through fleas or ticks that have fed on an infected rodent (like the bubonic plague!).

5. A female mouse can have up to 15 litters in one year and can get pregnant again 24 hours after giving birth. For one mouse, the average litter size is 10-12. They can start to reproduce at only six weeks of age, so it doesn’t take long for a few mice to create an infestation.

6. Rats are vulnerable to peer pressure, just like humans! Scientists found that rats will force themselves to eat food they don’t like if they know that some of their fellow rats have eaten it.

7. Rats can squeeze through openings as small as 13 mm in diameter— about half an inch!

8. Because they can get fluids from foods, many rodents can survive a long time without drinking water.

9. Rats are among the smartest animals on the planet, often ranked in the company of dolphins and chimpanzees! They can memorize routes and solve puzzles, which means they can often find their way back into a shelter if their “usual” entrance has been blocked off.

10. Don’t try to get rid of a rat by flushing it down the toilet! They can hold their breath for a long time and tread water for as long as three days.