Norway or Brown Rat (Rattus norvegicus): The outer fur is a coarse brown colour overlaying a darker fur underneath.  The adult Norway rat can grow up to 400mm in length including the tail.  Weighing anywhere from 350g – 500g.  Thick & heavy body, small ears, blunt nose and tail is shorter than head & body.  Normally live for around 12 months with the female producing up to 5-6 litters with 8-10 young each litter.  This widespread rat is the most economically detrimental pest rodent in Australia.  The Norway rat is an excellent swimmer.  It infects warehouses, factories, flour mills, poultry farms, garbage dumps, shops, domestic premises, sewers and many other locations that offer shelter and food. Residing in buildings in the colder months, their nests are generally found in wall & rood voids. Outside of these locations, they live under building and in burrows, which tunnel into stream banks. Omnivorous in their feeding habits and will eat all human or animal food & livestock.

Roof or Black Rat (Rattus rattus): Colour is a steel grey to black with a pale belly. The adult Roof rat can grow to 500mm in length including the tail. Weighing around 250-260g.  Light & slender body, with large ears, pointed nose and the tail is longer than the head & body.  Normally live for 12 months, with the female producing up to 4-5 litters with 6-8 young per litter.  The roof rat is an excellent climber and adapted to urban life often nesting in the upper parts of buildings and warehouses, really seen at ground level. Nests in buildings are often in wall and roof voids. Omnivorous in practice they seem to consume a high proportion of vegetable and fruit material along with cereal & grains.

Common House Mouse (Mus musculus): Colour brown to grey. The adult mouse grows to around 150mm including the tail.  Weighing only around 20g with a slender feet and body, pointed nose with the tail about as long as the head & body.  Normally live up to 12 months with the females producing 6-10 litters with 5-6 young each litter. Australia is the only country where mouse plagues occur.  Typically, if residing in buildings, will nest in wall & roof voids, cupboards, stored foods, furniture and many other locations where there is food and shelter. If outdoors they live in burrows. The value of damage from gnawing, damage to packaging and contamination from urine and faeces is much greater than what they consume.

Don’t confuse rodents with their activity with the following… 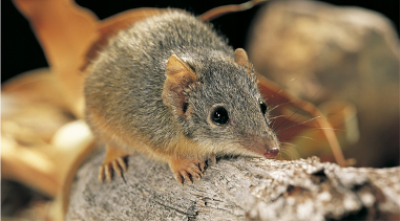 Antechinus (Marsupial Mouse) There are around 15 species including the antechinus flavipes, yellow footed, brown and dusky antechinus. A marsupial native to Australia. Antechinus have short fur and are generally greyish or brownish in colour. The fur is dense and generally soft. Their tails are thin and tapering and range from slightly shorter to slightly longer than body length. Their heads are conical in shape and ears are small to medium in size.  Most species nest communally in tree-hollows.  They primarily inhabit all forests, woodlands & rainforests as well as grasslands in some species. The majority of Antechinus species are located on the eastern coast of Australia along the Great Dividing Range.